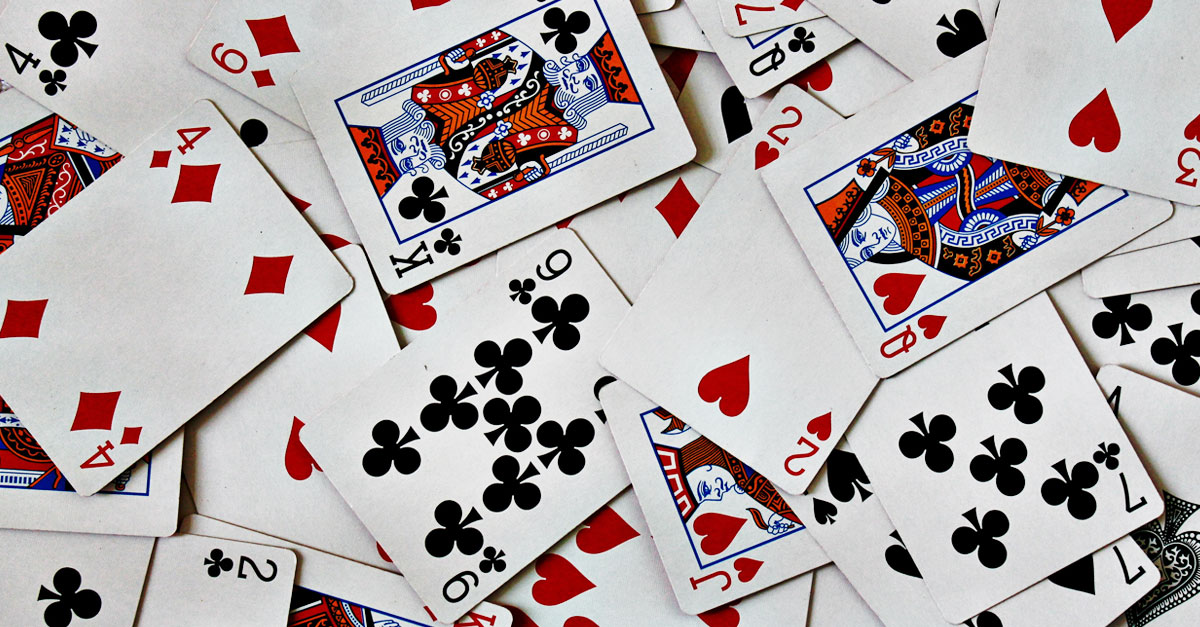 In the process of writing my next book, I had the protagonist play a game called Jack’s Cap, or Handmaiden.

I put together some rules in my head for the purpose of writing the scene, just to keep it consistent, but then I started thinking how fun the game would be to play. I decided to write down the rules that I outlined in my head and put them to the test with my family over Thanksgiving. It turns out it was quite fun to play! The rules are simple, but there is a lot of strategy involved.

Without further ado, here are the rules to Handmaiden:

Handmaiden is a game about getting rid of the cards in your hand. It is best played with 3 to 5 players, though it can be done with 2.

To begin, remove the Jokers, and each player is dealt seven cards. The player with the lowest card goes first, with a 2 being the low card.

If the card played is a red card, the play goes to the right. A black card sends the play to the left.

The next player has a few options:
– Play a card higher than the previous card. There is no restriction on what is played. You can go from a two to a Queen, or from a two to a three.
– Play a card the same as the previous card. This is called a Force. More on that later.
– If the last card in play is not a face card, you must draw a new card from the deck and play continues to the next person. Note that you can lie about this and draw if you don’t wish to play a higher card.

Play continues with each player putting down a higher card than the previous play.

Once the cards reach the Face cards, drawing a replacement card is no longer an option. If you can’t play a higher Face card, you must take the stack.

If a King is played, though, and nobody Forces the King, then the stack is set aside to be reshuffled into the deck once the deck is exhausted. This is called killing the stack.

When the stack is picked up, the player who picked it up plays a fresh card, beginning the process anew.

When the stack is killed, the next player up plays the fresh card, based on the color of the King.

If two of the same card are played in a row, this is called a Force. You follow the direction of play based on the color of the card as always. The next player up must either play another of the same card, play an Ace to break the Force, or take the stack into his hand.

If an Ace is used to break the force, play goes to the next player based on the color of the Ace.

If all four cards of a number are laid down in the stack, then kill the stack as if it were an unforced King.

– Example: Albert, Betty and Charles are playing Handmaiden. Albert plays a red Six, sending the play to the right to Betty. Betty also plays a red Six, Forcing Charles. Charles plays a black Ace, sending the play back to Betty and breaking the Force. Betty then plays the other black Six, Forcing Albert. Albert has no Sixes and no Aces, so takes the stack into his hand.

If you want to gamble with Handmaiden, take the Aces out of the deck, and put in a bid amount to pay to break a Force. You can either use a set bid or require the next bid to be higher than the previous. The first person to empty his hand wins and collects the bids.

Handmaiden can be played with two people, but it is much more entertaining to play with three or four people. I probably wouldn’t play with more than 4, but 5 might work.

In my experience, there’s no point in continuing a game past the first player to win. It is much more entertaining to simply start over again, as two-player Handmaiden can drag on for a while.

Really shuffle the deck. This is important. We played with a fresh deck initially and it wasn’t shuffled nearly enough.